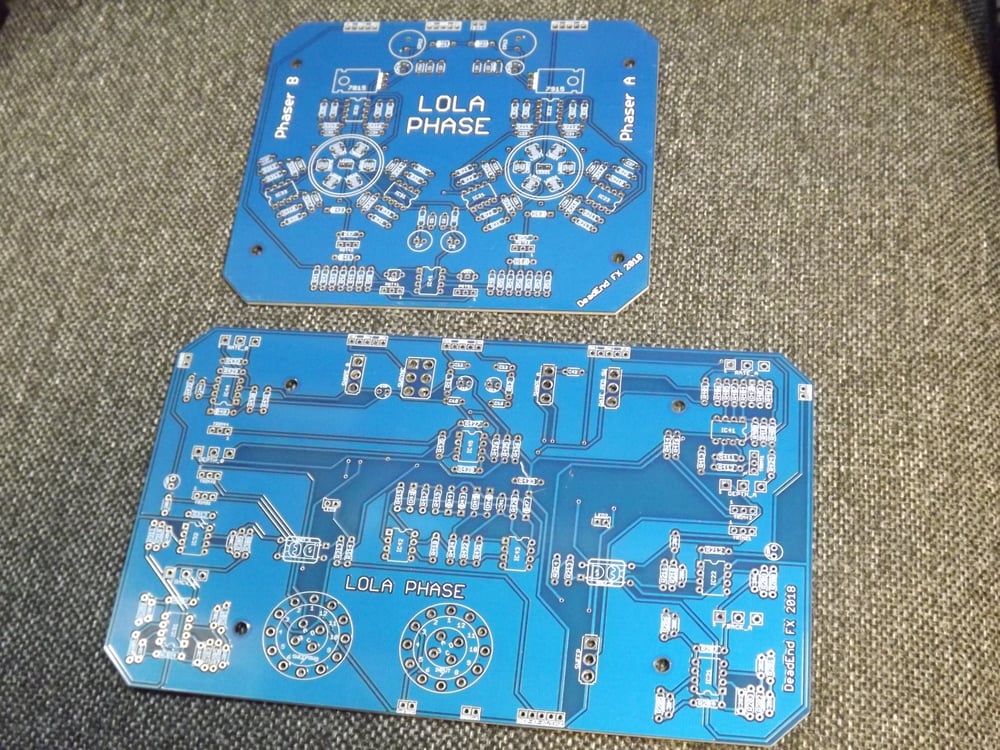 Work-a-like of the Mutron Bi-Phase. This version follows the original circuit verbatim, which means CV input will require an optical equivalent, such as the original Mutron Opto-Pot, or similar contraption. This is meant only for the hard-core purist. If you wish to use a simpler arrangement (B1M pot in a Crybaby shell), then purchase the DEFX FORMAT version. That board has a work around for the CV input incorporated. If you're wondering why we didn't just include both versions on one board, simple; the risks of a builder loading the incorrect parts, and subsequently blowing the power section were too great, so we thought it better to avoid that possibility.

WARNING!!! This is a big project, and like the Ludwig Phase II, not meant for the noob or weak spirited. The boards are designed to be piggybacked in final assembly, which helps cut down on enclosure size. It will take up some real estate on the pedalboard, though somewhat less than the originals. This is on par in complexity with the Ludwig Phase II project, so be forewarned. Reading the build document beforehand (we mean, BEFORE buying) may avoid a potential "Oh shit!" moment. But... there's no other phaser like it either... so reward will be great, young grasshopper.