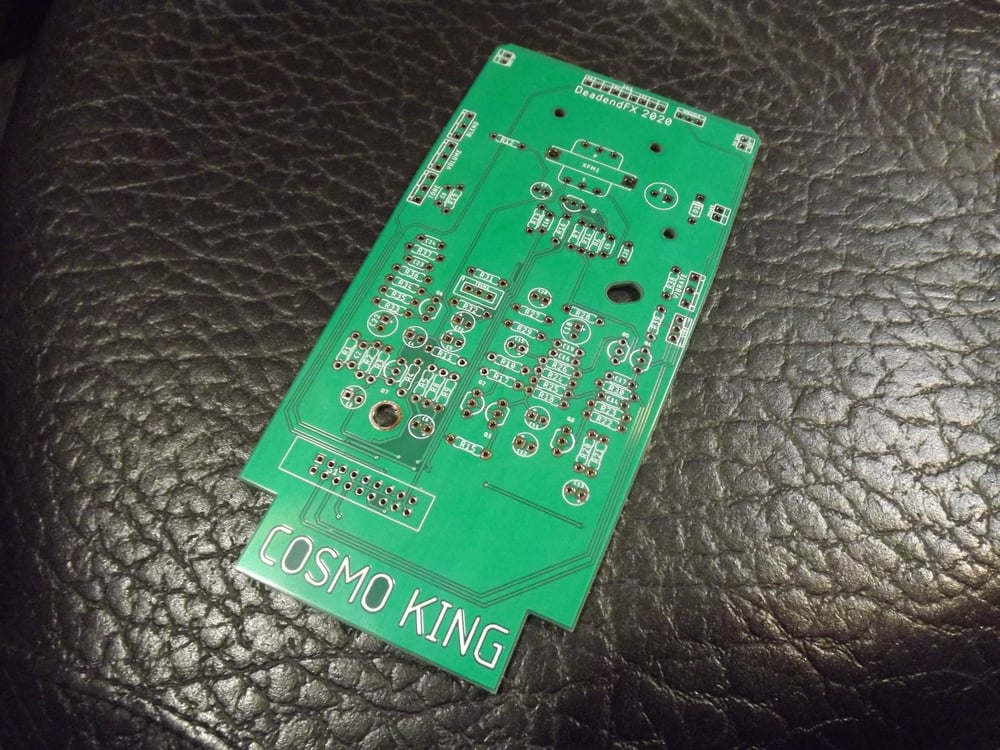 Have you ever heard of the Royal Cosmo Wah? Neither had we, until it showed up on the Effects Database. With tremendous support from Bart, we've brought it back from the brink of being lost forever to the sands of forgotten effects.

In a nutshell, this is probably the great grand-daddy of the Snarling Dogs Mold Spore. While primitive in it's topology, it's quite musical for a ring-mod type effect. The added vibe on the trailing decay is a nice touch as well. With a small cap tweak, the wah isn't half bad either. All in all, it's a keeper!

As with some of our other wah shell based boards, this king drops right into any Dunlop wah shell.